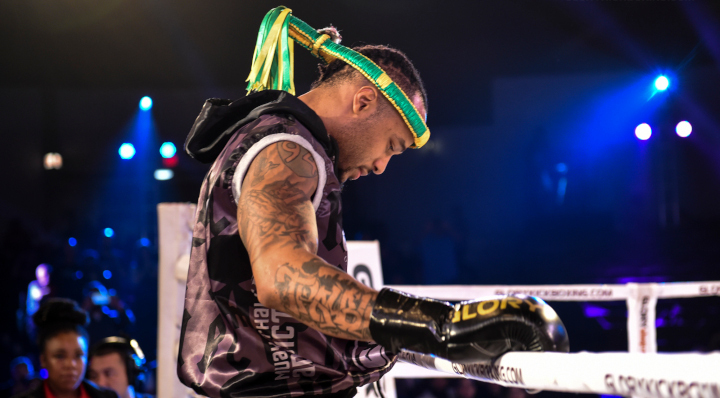 ‘#1 US Welterweight’ Troy Jones eyeing Jaraya, Abraham, Menshikov among others

Having emerged as the winner of this past weekend’s fight between GLORY’s two highest-ranked American Welterweights - and snapped Omari Boyd’s undefeated record in the promotion at the same time - Troy Jones is now able to call himself the best Welterweight kickboxer in the USA.
Jones now finds himself debating whether to aim for national hegemony by taking on another American in his next outing, or moving his campaign to the next level by aiming at international opposition.
“When I came in to GLORY the first thing I wanted to do was take out any Americans that rivaled me and I think I have already done that,” he says.
“It definitely feels good to be officially the US #1 [at Welterweight] but my goals are much bigger than that.
“I definitely want to take on those Europeans, whoever is in front of me - Jaraya, Timms, Bates, Menshikov… I’m ready to fight any of these dudes and get my respect and keep moving up the ladder.
“[But,] as far as taking a fight with Richard Abraham or another American, if [GLORY] wanted me to do that, just to prove [I am the #1 American at this weight], I wouldn’t be opposed to that.
“That’s a fight I have wanted for some time and I am sure Richard would love to have it and it would be a really good fight between us.”
GLORY’s next event takes place Saturday, March 9 in Strasbourg, France and features two title fights in the Headline slot.
Welterweight champion Harut Grigorian defends against Cedric Doumbe in the main event, while the co-main event is a long-awaited rematch between Anissa Meksen and former champion Tiffany van Soest, who lost the belt to Meksen in December 2017 and has been chasing a rematch ever since.