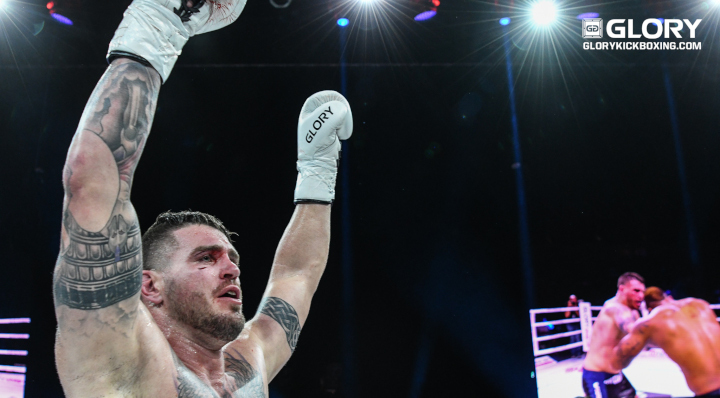 Camozzi: “I want Myron Dennis next”

Chris Camozzi made his light-Heavyweight debut in GLORY this past weekend in his home city of Denver, Colorado, stopping Texas’ John King in the second round of their contest.

Camozzi, who had previously fought in the GLORY Middleweight division, says that moving up in weight was definitely the right move. Now he’s eyeing his next opponent.

“This is definitely the weight class I am staying at. I would say the fighting style is a a little bit different, so I gotta build power, but my cardio is killer at this weight,” he says.

“I want Myron Dennis next, he’s not off the hook for talking all that s—t beforehand. I was super bummed out the tournament didn’t happen, I wish I was getting ready to fight him. I want him next.

Thiago Silva [didn’t turn up for our MMA fight in Australia recently so now he] has got to fight on my terms - I flew across the world to fight him, now he can beg to fight me.”