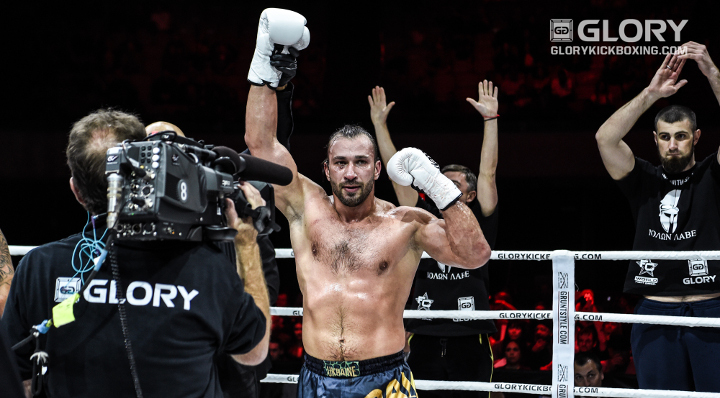 Pavel Zhuravlev predicted a first-round knockout victory for himself against Myron Dennis in the GLORY 52 SuperFight SERIES main event, but Dennis was not in the mood to comply.
When matchmaker’s initial plans for Zhuravlev were foiled by injury earlier this month, ‘Light Skin Dynamite’ Dennis stepped into the slot.
He had last been seen at GLORY 32, where he suffered a loss to Brian Collette, and had been fighting under MMA rules in the intervening period.
“I know everyone expects he is going to knock me out, but they are going to get a surprise after the first minute of the fight. They will change their minds,” the likeable light-Heavyweight said earlier in fight week.
His comments met with skepticism, but that only made him even more determined to prove his detractors wrong. No, he didn’t win the fight - he actually lost a unanimous decision - but there was a moral victory for him, given the disparity in record and experience between him and Zhuravlev.
The fight itself brought exactly what one would expect from Zhuravlev: massive shots, full force behind everything, bad intentions in every blow. Less expected was Dennis’ refusal to fold in the face of this. And not only did he not fold, but at times he gave back as good as he got.
Zhuravlev was rarely troubled by Dennis during the fight but he did take some shots which made him respect the American in a new light. Dennis’ heart and toughness also got more than one grudging nod of respect from Zhuravlev during the fight.
Zhuravlev is the world interim light-Heavyweight champion but this was a non-title fight. The focus now shifts to a title unification bout with light-Heavyweight champion Artem Vakhitov, who has been sidelined with a hand injury since October’s win over Ariel Machado.