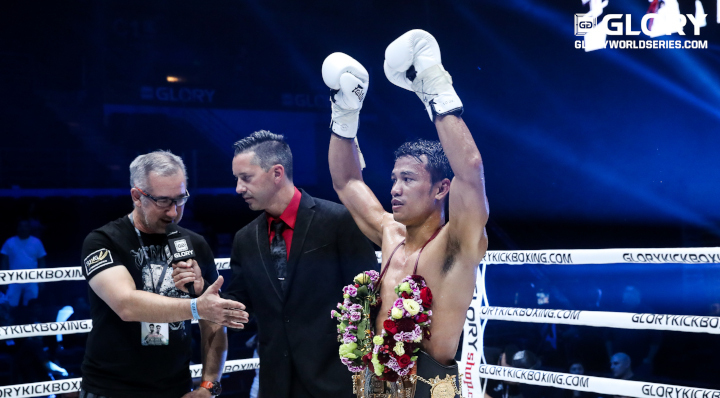 “Game over”: Sitthichai shuts the door on Marat rivalry

Lightweight champion Sitthichai retained his title this past weekend with a win over Marat Grigorian.

It was his fourth career victory over the Armenian and put him 4-0 in their series, prompting Sitthichai to shut the door on talk of any further fights between them and declare that it is now “game over” in their rivalry.

Sitthichai has now mounted five successful defenses of his title. The Bangkok-based Muay Thai stylist is aiming for at least one more defense before 2018 closes out.