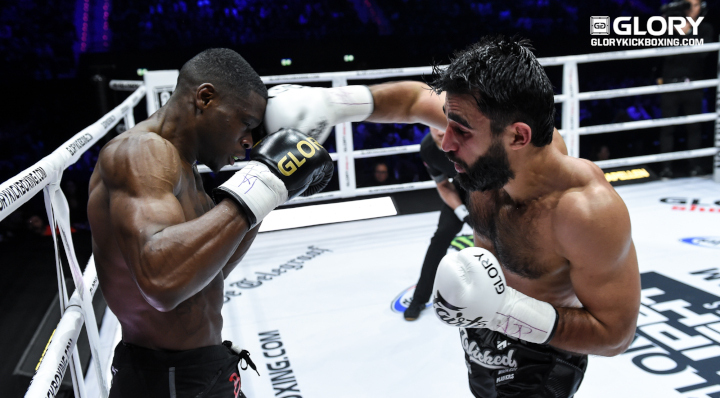 Both fighters were looking to cement their place atop the division and earn another crack at current champion Sitthichai.

The power-punching Armenian fighter Grigorian walked Baya into the corner just seconds into the fight.

Baya delivered an uppercut and a hook to the body to get back to the center of the ring. Grigorian unleashed a heavy knee flush to the jaw of Baya. The Angolan wore the strike well and fired back with punches through the high guard of Grigorian.

Baya again found himself in the corner, but stayed active with his hands to prevent Grigorian from unloading. A head kick from Grigorian was blocked by Baya and he landed yet another uppercut in the round’s final moments.

Grigorian was very aggressive to open round two. He fired kicks and marched forward. Baya struggled to stay off the ropes. Grigorian delivered a big uppercut of his own, which seemed to wake up Baya for the first time in the round.

Baya threw with volume late in the stanza, but the pressure of Grigorian was the biggest factor in the round.

The output from Baya picked up early in the round, but Grigorian pushed through the strikes and backed him into the corner.

Another heavy uppercut from Grigorian appeared to hurt Baya. He followed it with a straight left hand and swarmed Baya along the ropes. The Armenian was relentless in the fight’s final minute, applying constant pressure with his punches.

The back-and-forth battle went the distance and the judges were split, with four of the five handing Grigorian the decision nod.

“Maybe I started a little too slowly. Baya is a good fighter, who comes to fight,” said Grigorian of his performance. “I don’t care if it’s Sitthichai or Beztati [next]; whoever.”

Badr vs Wrzosek to headline GLORY 78 on July 17