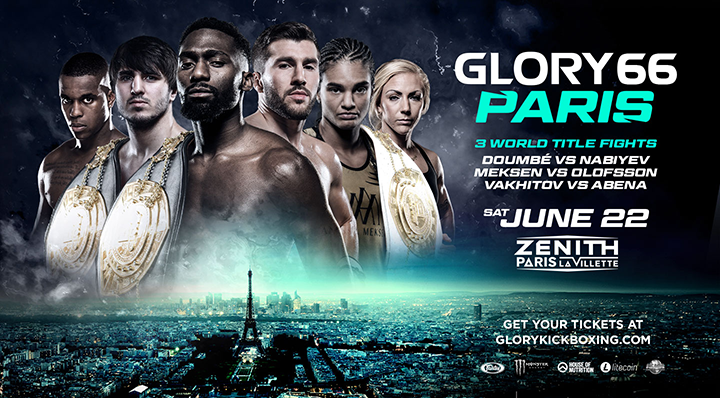 Two GLORY newcomers will be making their debuts at next week’s GLORY 66 PARIS event.

In the Heavyweight division, Croatia’s Antonio Plazibat (15-3, 1 KO’s) steps in to face France’s Nordine Mahieddine (23-8, 12 KO’s) following the withdrawal of Tomas Mozny due to injury.

Gorlov had originally been set to face Felipe Micheletti but the Brazilian was moved last week to the Main Card to face ‘The Infamous’ Luis Tavares following the withdrawal of Tavares’ originally scheduled opponent Stéphane Susperregui.

Plazibat, 25, fights out of Split, Croatia and holds wins over GLORY veterans Bogdan Stoica and Daniel Skvor among others. In November he stopped another GLORY veteran, Michal Turynski, with a stunning jump knee / right cross sequence.

Yegoian trains and fights out of Hemmers Gym, Netherlands, alongside his fellow Armenians Marat Grigorian and Harut Grigorian.

In February of this year he traveled to Russia to compete in the TATNEFT Cup, where he won his fight by way of knockout. That fight came after a near two-year layoff caused by injury.

Yegoian now intends to seize the opportunity presented by the Paris card opening to try and score a big win and make himself a regular fixture of the division.