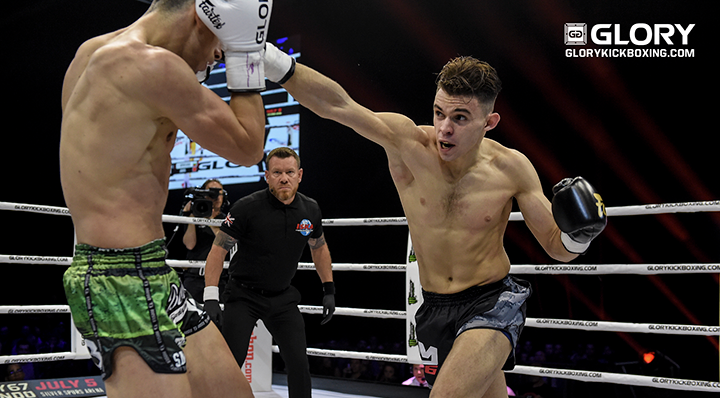 Bout agreements for the fight were finalized today, making it official for the year-end mega-event.

GLORY: COLLISION 2 takes place Saturday, December 21 at the Gelredome soccer stadium in Arnhem, Netherlands and is expected to host a capacity crowd of 29,000 on the night.

Glunder recently made a successful return to the Lightweight division, winning a decision at GLORY 69 DUSSELDORF in what was his first non-Featherweight outing since 2017.

Jaraya has also recently returned to the Lightweight division, dropping back to his old weight following a foray up to Welterweight last year.

At GLORY 66 PARIS, ‘The Destroyer’ had a spirited contest with Stoyan Koprivlenski but sustained a cut which caused the doctor to stop the bout just 47 seconds from the end of the fight.

Certain he had the win in the bag, Jaraya struggled to contain his frustration when the fight was waved off, leading to briefly chaotic scenes in his corner of the ring before calm was restored via his team.

That energy will now be channeled into this fight with Glunder. It’s the first time they are meeting in the ring and defeat is an unthinkable outcome for either fighter.

A small number of tickets remain available for COLLISION 2 - click here to check for remaining seats.