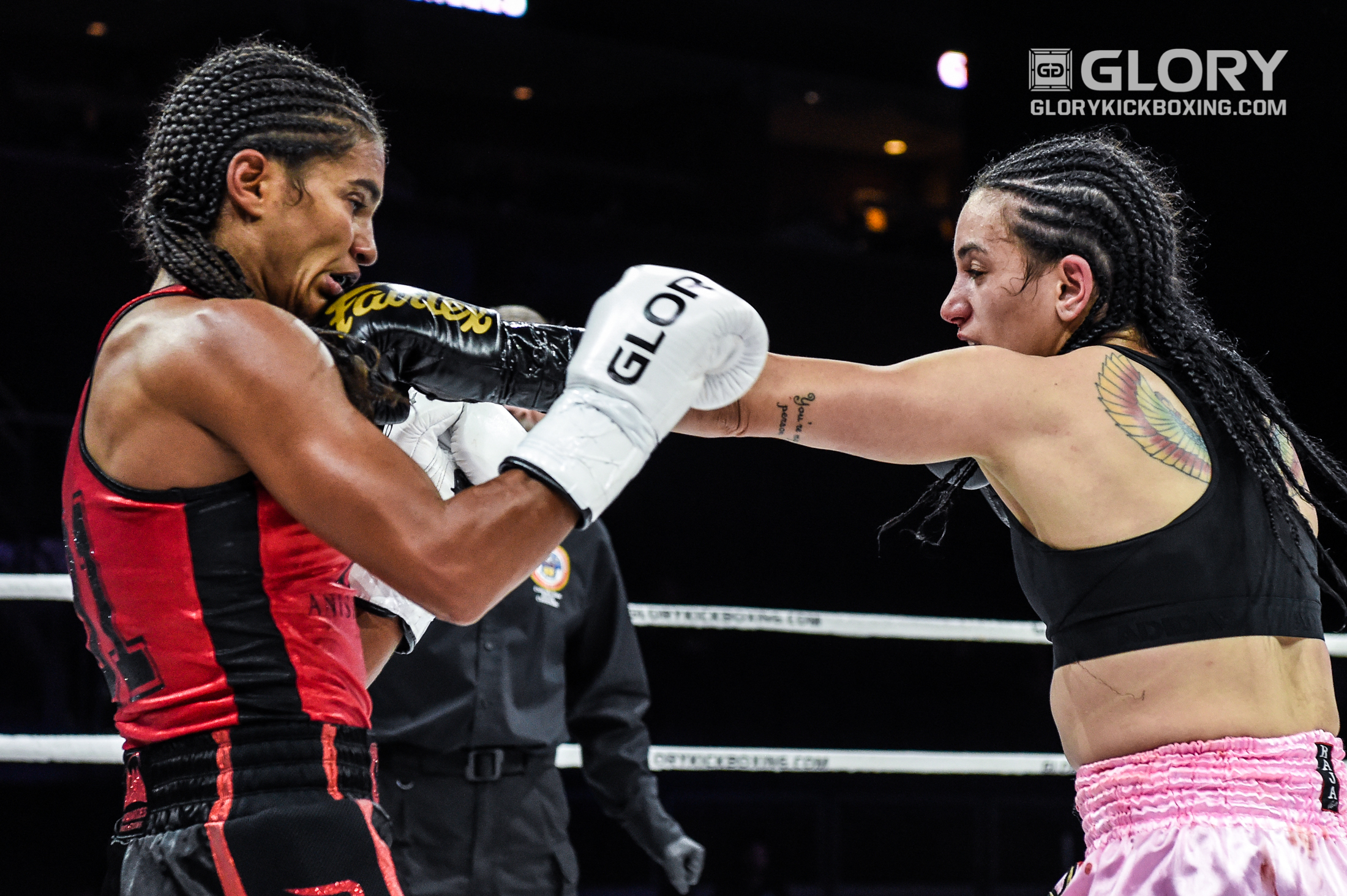 The pair met previously in Meksen’s promotional debut at GLORY 43. The Frenchwoman topped Menezes on the scorecards and went on to win four additional bouts inside the GLORY ring, capturing the belt along the way.

Menezes came out brawling, but Meksen did not fall into the trap. She fired combinations at range, popping back the head of the challenger with clean punches.

When the distance closed, Meksen landed short knees from close quarters. Menezes powered forward aggressively, attacking the body of the champion. Meksen targeted the midsection of Menezes with push kicks late in the round.

A left head kick slapped Menezes on the jaw in the opening seconds of round two. The Brazilian didn’t mind, as she continued to press forward. Meksen controlled the range, scoring with punches.

The speed edge for the champion was very clear, but it did not deter Menezes. Meksen closed the frame with a push kick to the face of Menezes.

The forward advance of Menezes did not waver in round three, but the counter shots from Meksen were on point. When Menezes did get inside, Meksen employed the clinch and delivered knees to the body.

A right head kick from Meksen was followed by a stiff jab. Menezes continued to work the body of the French fighter as the round progressed. Meksen again closed the round with a heavy push kick to Menezes’ face.

Menezes powered Meksen into the corner in round three, but took a heel to the chin for her troubles. Meksen then delivered a right shin to the nose of Menezes, causing blood to pour heavily from the challenger’s nose. Another kick to the face of Menezes only furthered the bleeding, but the Brazilian was unfazed.

There was a sense of urgency from Menezes in the final round. Her attack was met with counters from the champion. A question-mark kick from Meksen was blocked at the last moment by Menezes. A superwoman punch from Meksen landed in the waning seconds.

The scorecards were completely unexpected. One of the judges rewarded Meksen with all five rounds. The other two judges, however, disagreed and unseated Meksen of the belt, giving Menezes a split-decision victory and the title.