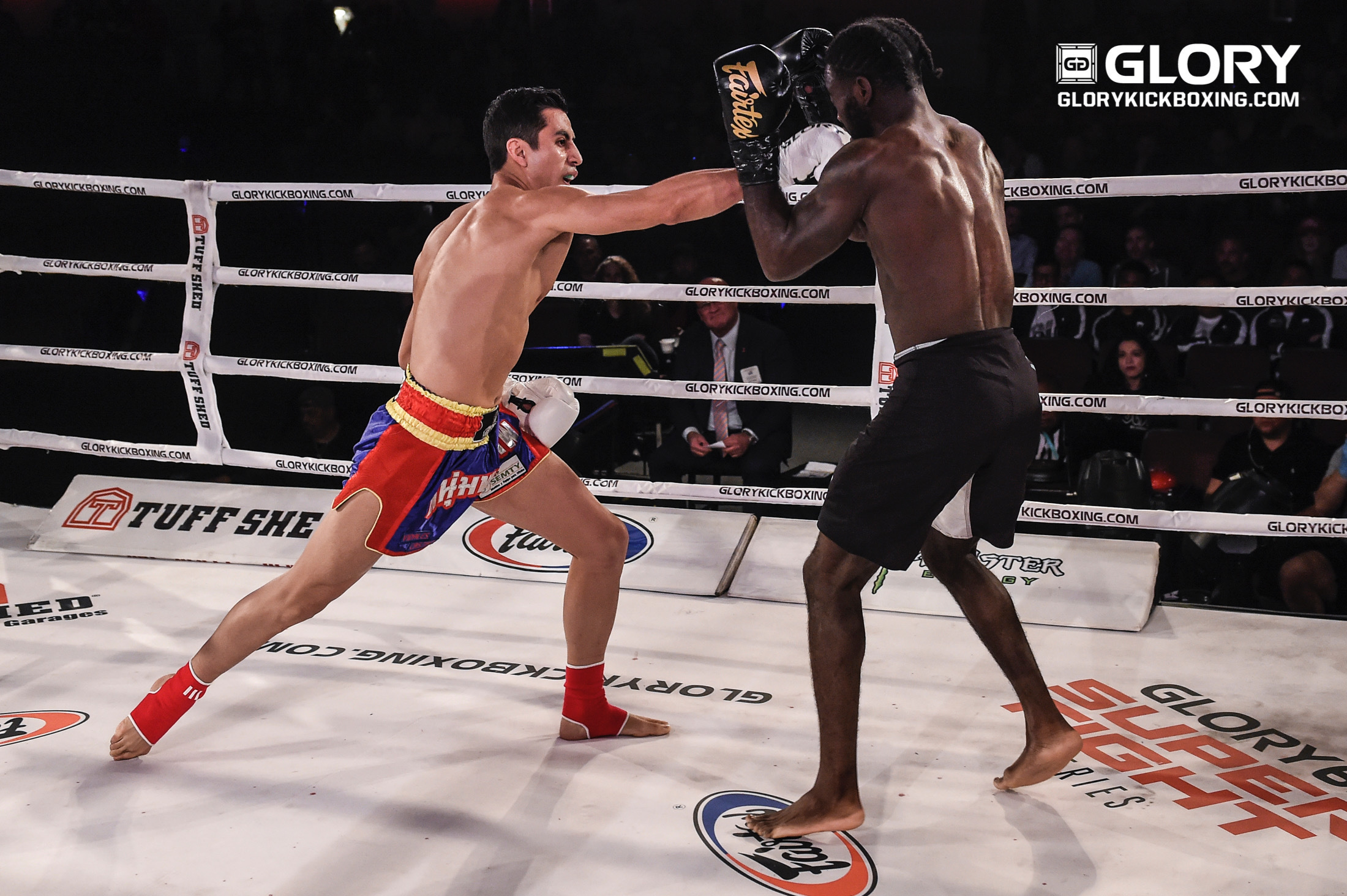 The kicking arsenal of Mexico’s Vidales was on display early. He peppered Ivy with strikes to the body and head, forcing Ivy to cover up and retreat.

Vidales’ confidence grew with every strike. Ivy shelled up along the ropes as Vidales patiently picked his shots and finished every combination with a low kick.

The first knockdown of the fight came late in the first round as a flurry of punches from Vidales put Ivy down, but he was able to survive the round.

Ivy came forward to start the second stanza but Vidales quickly countered with a kick to the body. Ivy landed a pair of low kicks, but his success was short lived.

Vidales continued his assault on the body of Ivy before sending him sprawling through the ropes with a knee.

Another punching combination sent Ivy to the mat once more. He briefly recovered, but Vidales put him down again just seconds later. Ivy worked back to his feet, but declared he was done and Vidales earned the clear-cut victory.

“I’m really happy to be here. I want to thank my coach, my family and my friends for traveling from Mexico to watch me,” said Vidales. “I think I can do great things in the division.”