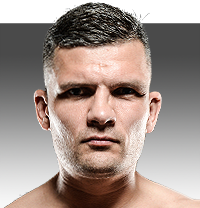 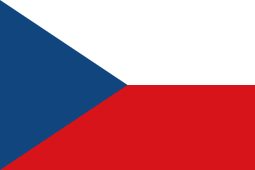 Hron started training Muay Thai in his late teens for the simple reason that he “saw it on TV and liked the look of it”.

He trained for a long time under Ivan Hippolyte at the Vos Gym in Amsterdam, during which time 'Hippo' was also the trainer of the veteran legend Mirko 'CroCop' Filipovic. Back when CroCop was preparing to fight Junior Dos Santos in the UFC, Hron was stationed in Zagreb, Croatia for some weeks as his training partner.

Hron's nickname is The Rattlesnake. This comes from his love of snakes – ever since he was a young boy he says he has been obsessed with snakes, particularly poisonous snakes, and he has a large collection. At one point he had around 80 but now he has around 20, in specially constructed tanks in rooms in his house, all poisonous.

He recently took delivery of a Green Mamba, one of the world's most deadly snakes, and says if he won the lottery he would buy a King Cobra, but that would also probably mean the end of his snake collection as “they are cannibals – they only eat other snakes”.

He has only been bitten once during his snake collecting years and that was by a baby African viper. He was bitten on the index finger of the left hand and says it was very painful for a while but then also “interesting” to watch as the finger “went blue and then black” over several days and then took a long time to recover.