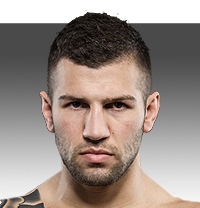 With a height of 5'5" (169cm), Moxon is one of the smaller fighters in his weight class. That might explain why his favourite fighter of all time is Mike Tyson - the former heavyweight champion was also the smallest fighter in his weight class but flattened most of the opponents put in front of him.

Imitation is the sincerest form of flattery and so Moxon has been emulating Tyson's crushing knockouts throughout his six-year career. He is coached by standout heavyweight Peter Graham, also no stranger to big knockouts. Graham's 2006 heel-kick finish of Badr Hari has passed into kickboxing legend.

Having commenced training at the age of 18, Moxon's rapid progression through the ranks has been characterised by explosive finish after explosive finish on the way to winning the WKF World Title in May this year.

Moxon may be a compact package but he is all dynamite, packing huge power in both hands. He puts a tremendous amount of forward pressure on his opponent as he looks for the finish from the opening bell.

Among his highlights to date are wins over the Ray Sefo protégé Jordan Tai and the well-known Australian fighter Bruce Macfie of Contender: Asia fame. Having climbed to the top of the Oceania rankings, Moxon has now earned a chance to test himself against the international elite that make up the Glory World Series lightweight division.