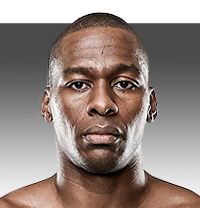 Wayne Barrett originally hails from Georgia and is a former Golden Gloves amateur boxing champion in his home state. He lives in New York and divides his time between there and his home state, where he trains with fellow GLORY middleweight Eddie ‘Showtime’ Walker and elite sparring partners such as Brian Stann of the UFC and Douglas Lima of Bellator.

Barnett spends most of his time training. Away from the ring he spends time with his young children while trying to fit in studies for his degree in Business Management. Barnett says that being a professional fighter has been his goal from an early age and he is now “living the dream” under the GLORY banner.

He paid his dues in the amateur ranks before turning professional, amassing a near-perfect 19-1 record with 15 wins inside the distance. In February of this year he made his professional debut and stopped his vastly more experienced opponent, who had more than a dozen fights under his belt, by way of a hard right hand in the second round.