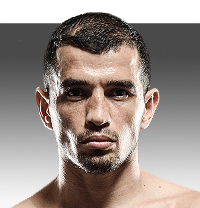 An aggressive and powerful fighter who utilizes boxing heavily, Özkul is also known to employ hard low kicks and as well as spinning kicks.

After beginning his martial arts training in Tae Kwon Do at twelve years old, he later switched to kickboxing and Muay Thai and racked up over a hundred amateur fights, and a bronze medal at the 2004 WMF World Championships, before turning professional and relocating to France.

After taking national titles in both his native and adopted countries, he became a world titlist in May 2012 when he stopped Thomas Adamandopoulos for the ISKA World Super Lightweight Oriental Championship.

Özkul was born in Akdeniz, Turkey and started taekwondo at the age of twelve, eventually earning his black belt. After taking up kickboxing and then Muay Thai, he moved to Amsterdam, Netherlands in 2005 to continue his career but a year later relocated to France.

Özkul had an extensive amateur career, compiling a record 96-15-4 with 35 knockouts and representing Turkey at the 2004 WMF World Championships in Bangkok, Thailand where he picked up a bronze medal in the -57 kg/125 lb division.

He was a two-time national champion of Turkey, once under Muay Thai rules and once in kickboxing, but did not come to prominence on the international scene until his relocation to France.