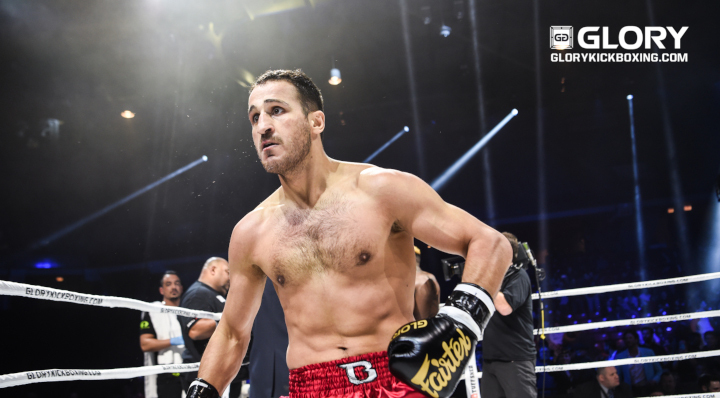 GLORY Welterweight champion Harut Grigoran will make his second defense of the title this March 9 when he faces former champion Cedric Doumbé in the main event of GLORY 64 STRASBOURG.
Here’s five things you need to know about the hard-hitting brawler:
Born in Armenia, he relocated to Belgium with his family at the age of 10 and started training in Muay Thai at the age of 14. Other famous fighters of Armenian heritage include Gegard Mousasi, Karo Parisyan and Giorgio Petrosyan. 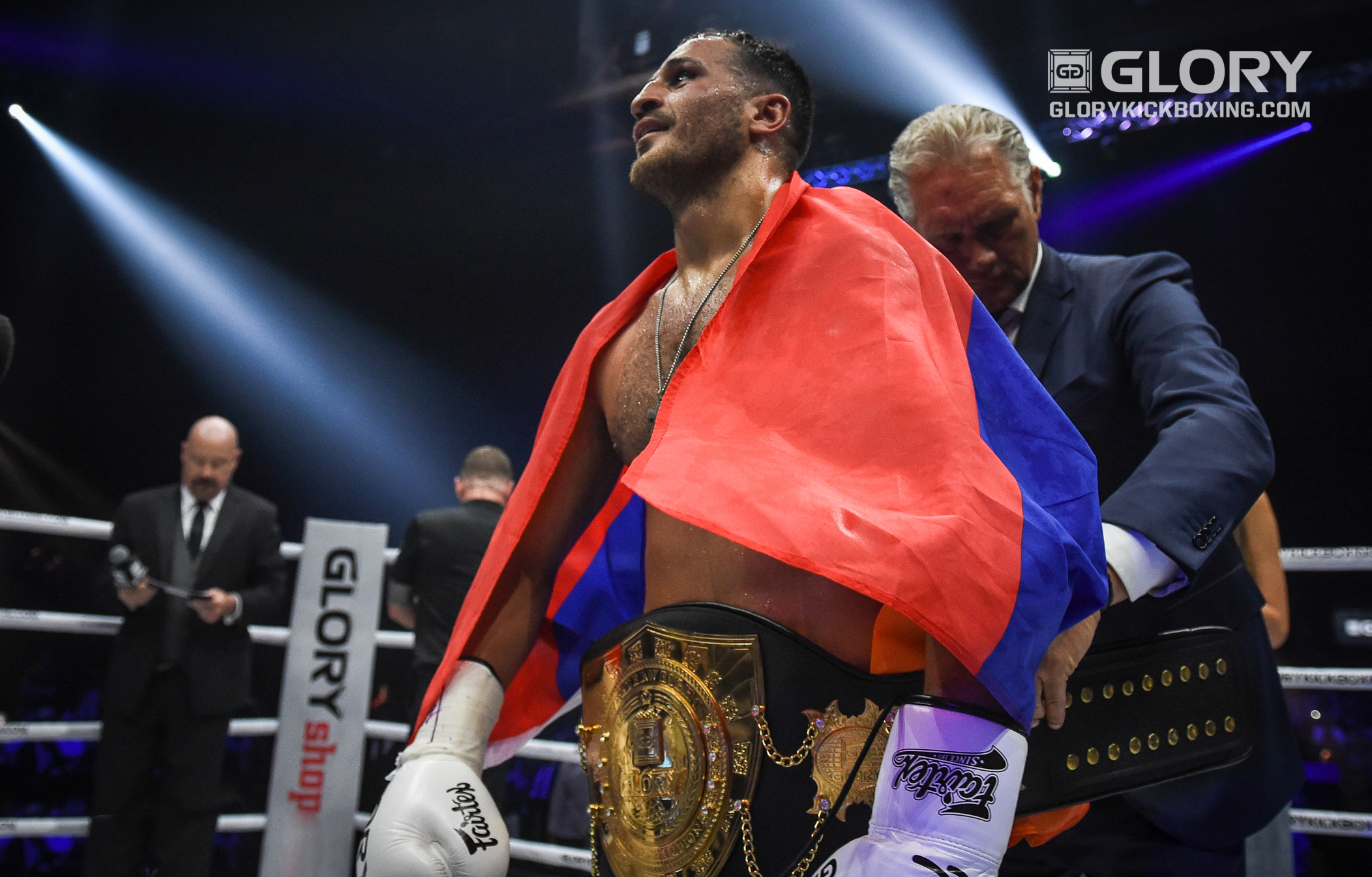 Turned professional at 18: In Belgium and the Netherlands, kickboxers follow an established route of debuting as N-Class (Novice) and then progressing to C-Class, B-Class and finally A-Class, which is where they turn pro.
But by fighting under Muay Thai rules, Harut was able to circumvent that system and turn professional at 18. Nine wins later, at the age of 20, he was the Benelux Muay Thai champion at Lightweight (70kg / 155 lbs)
No relation to: Lightweight contender Marat Grigorian: their surname is common in Armenia. They have trained together for over a decade and are good friends and brothers-in-arms but no more than that.

Fighting Style: Has been likened to MMA legend Wanderlei ‘The Axe Murderer’ Silva and, more recently, the UFC fighter Justin Gaethje. A brawler by instinct, Harut’s style favors attack over defense and is characterized by constant forward pressure and relentless looping hooks.
Biggest Win: At GLORY 42 PARIS he was on the receiving end of the most controversial knockout in kickboxing history.
Having been stunned by a knee to the head from Murthel Groenhart he turned and started walking back to his corner, only for Groenhart to send a looping hook from behind and knock him out.
Chaotic scenes followed as friends of Grigorian’s in the crowd - wrongly believing their man to have been fouled - stormed the ring to exact vengeance on Groenhart.
The two were back in the ring eight months later at GLORY 50 CHICAGO, this time with Groenhart defending the Welterweight title. Grigorian exacted revenge in fine style as he swarmed ‘The Predator’ and scored a stoppage win at 2:07 of the very first round, taking the Welterweight title in the process.