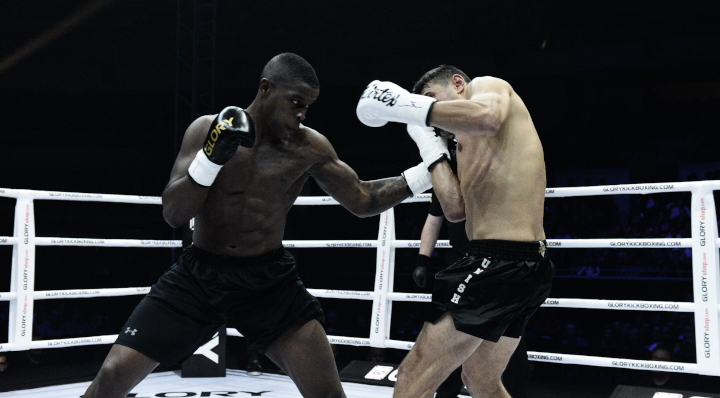 The 20-year-old Abena sprinted across the ring and got inside on Susperregui right away. He swarmed with punches to the body of the Frenchman. Susperregui tried to stay at kicking range, but Abena was able to close the distance with his boxing.

Susperregui connected with a body kick, slowing Abena’s advance for the first time. Abena returned to attacking the body of Susperregui, landing a heavy left hook late in the round.

A big knee started round two for Susperregui, but Abena was unfazed. A wild exchange saw both men just miss with heavy punches.

Then Susperregui put together his best punching combination of the fight, causing Abena to lose his mouthpiece. The pressure and output of Abena waned as the round came to a conclusion.

The more experienced Susperregui increased his volume in the fight’s final frame. Abena continued to pressure, but Susperregui landed with regularity. A big body shot from Susperregui was countered with a right hand by Abena. The pair swung to the file bell, but the fight was sent to the judges’ scorecards.

When the verdict was read, it was Abena who was victorious, taking at least two rounds from all five judges.

“It feels wonderful to come in here and kick this guy’s ass,” said Abena. “I know I can do much better than this. I’m coming for the belt.”