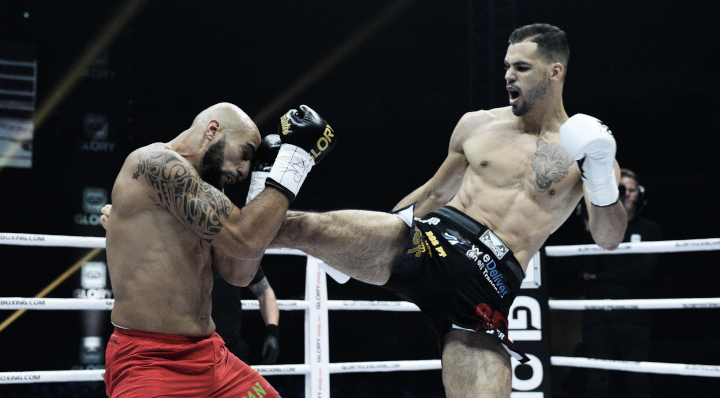 Ahaggan was busy early, throwing a variety of strikes, but Belgaroui was able to avoid any damage. A knee strike from Belgaroui found the cup of Ahaggan and the action was paused for a moment.

When the fight continued, the towering Belgaroui flurried hard with knees and punches, sending Ahaggan crashing to the mat. He tried to recover as the referee counted, but eventually collapsed back to the canvas.

Belgaroui celebrated the quick finish with an ill-fated cartwheel attempt, drawing laughs from the crowd and his corner.

“I needed this fight to bounce back. I was going for the KO, body or head,” said Belgaroui.