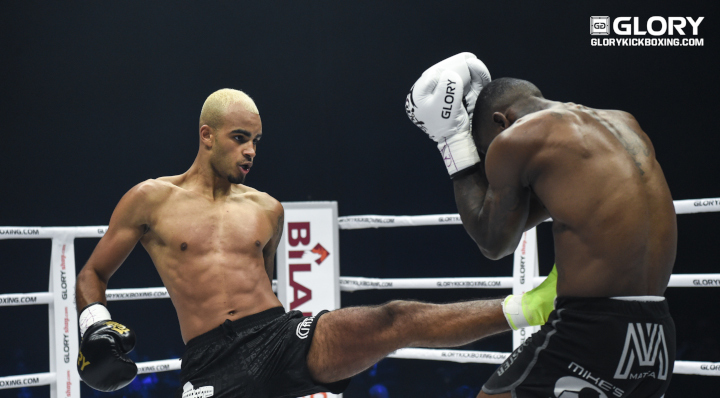 Both fighters have previously challenged current Lightweight king Sitthichai Sitsongpeenong for GLORY gold and looked to step back into title contention with a victory.

The young Lightweights wasted little time feeling each other out, throwing from the opening bell. Beztati fired straight punches while Baya attacked with low kicks.

A spinning backfist from Beztati clipped Baya in the corner and he followed with a knee. Baya was able to circle out of the corner, but found himself on the back foot.

A step-in knee from Beztati was met with a straight right from Baya. The heavy punch slowed the advance of the 20-year-old Moroccan and changed the momentum of the round.

Baya chased Beztati across the ring to start the second stanza. Beztati looked to land long punches from range, which opened the door for more leg kicks from Baya.

Another spinning backfist from Beztati was blocked by the high guard of Baya. He followed with a head kick that just missed. Baya continued to chase, but his output was not as much as Beztati’s.

All five judges had the fight even leading into the fight’s final frame. Baya delivered a big left hook as Beztati dropped his right hand slightly. The advance of Baya pushed Beztati against the ropes.

The Moroccan answered with a step-in knee. The pair traded kicks and Baya stuck his tongue out at this younger opponent. With the fight in the balance, Baya sent a final message to the judges with a right hand.

It was not enough, however. The back-and-forth bout was left to the judges and they returned a split verdict for Beztati.

“I felt like I did a little bit more. I’m happy with the decision,” said the victorious Beztati.