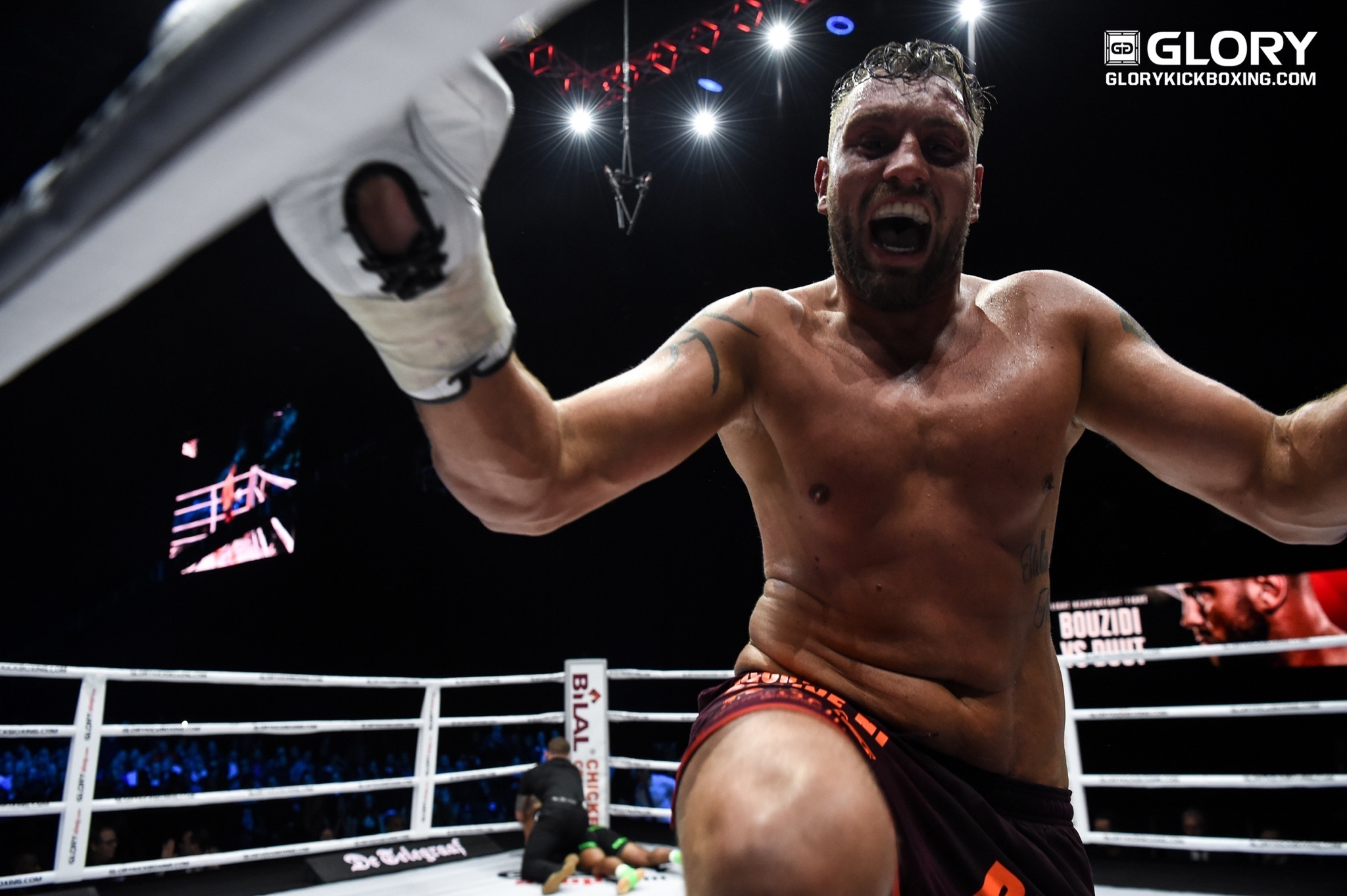 The pair met previously at GLORY 41, with Bouzidi earning a win by disqualification after Duut received multiple point deductions.

The pair quickly clinched and Bouzidi delivered a series of knees. The Dutchman Duut was his usual aggressive self, powering forward. The referee warned the fighters for holding, bringing back bad memories of the pair’s prior meeting.

A right hand from Duut landed clean on Bouzidi’s chin, but the veteran took it well. The pair continued to jostle for position in the clinch as the round expired.

A big low kick from Duut put Bouzidi on the mat early in the second frame. The pair continued to clinch and the referee warned them yet again. Bouzidi turned up his output, landing his left body kick with regularity.

Duut complained that Bouzidi was pushing with his head. Duut scored with an uppercut through the guard of Bouzidi, but it was largely impenetrable.

The clinching began immediately in round three and the pair clashed heads. The body kicks from Bouzidi continued to land. Duut went for broke, cracking Bouzidi with heavy right hands and wobbling the Tunisian fighter.

Bouzidi’s legs appeared to buckle on two instances, prompting him to clinch. The warnings continued for Bouzidi, who refused to give Duut any space.

It appeared the fight was heading to the judges, but a counter left hook and follow-up right hand from Duut sent an unconscious Bouzidi crashing into the ropes just before the final bell sounded. Duut climbed the ropes and celebrated the explosive finish.

“He’s very tough and very experienced,” said Duut of his opponent. “I clipped him with the left hook and followed with a right hand. That was it. He was asleep.”