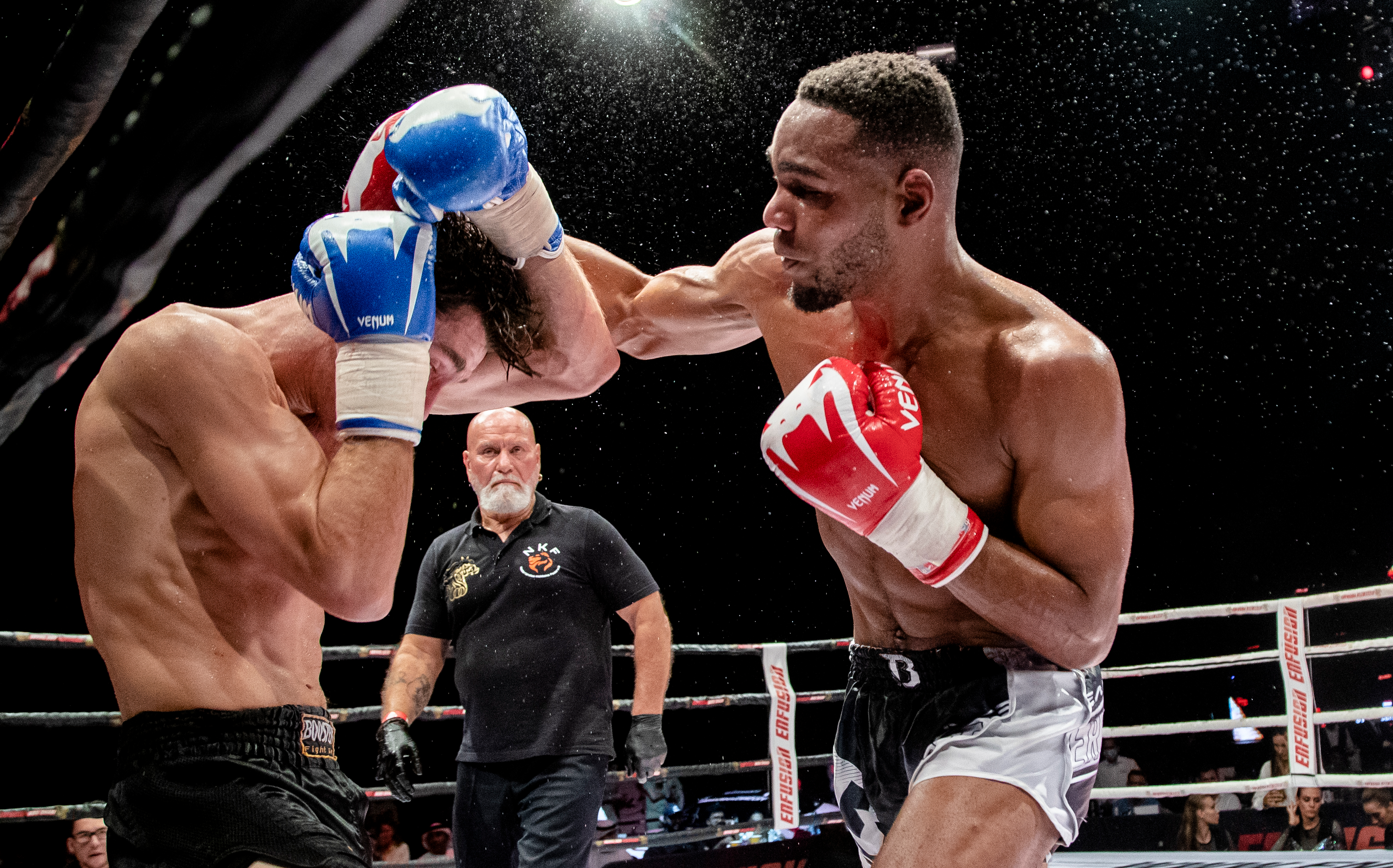 Endy Semeleer: "I'm at GLORY now, so bad news for everyone"

We sat down with GLORY newcomer Endy Semeleer, who Headlines GLORY Rivals 1 on May 21. The Welterweight champion is looking forward to showing his skills inside the GLORY ring. We spoke about his personal life, career highlights and the future.

Can you introduce yourself to all GLORY fans?
My name is Endy Semeleer and my nickname is 'Bad News'. I come from Enfusion, two-time world champion in two different divisions and now planning to take over GLORY. I am originally from Curaçao but live in the Netherlands almost all my life. I train in Emmeloord at Budo Centrum NOP, led by my coach Boy van Veen.

How did you start kickboxing?
I once went to see a friend kickboxing and I liked it, so I joined. The same is true for my first true fight. I hadn't been training that long and I went to see his match. Then a fight on my weight fell out and then my trainer asked if I wanted to do my first match. That's how I got into the ring. I was actually playing soccer at first, but my kickboxing trainer noticed right away that I didn't actually have a real soccer kick like all other beginners. Other things I also picked up quickly according to him and that is also the reason that I got the chance of that match on short notice.

Did you also watch kickboxing in the past?
Yes, I did watch the big tournaments. I wasn't quite into it yet, but I was looking at K-1. That was nice to see, with friends. It wasn't really that I went to see the fighters, which I do now. If I really go back to the k-1 times, I prefer to watch Remy Bonjasky, the 'Flying Dutchman'. I thought that was something special.

How would you describe yourself as a person?
With new people I am often a calm and sociable person. With friends I can be busy and enthusiastic, a bit of both. In the ring I am a different person, really a thinker. I am very tactical, apart from the fact that of course there is also a need to bang, I am always very tactical in the ring.

What does Endy Semeleer's fighting style look like?
That has changed a bit over the years. At first, I was a real smasher, just no thinking and go. I also put down real beatings. That changed to a bit too tactical, but we're now trying to find a middle ground again. You just have to put down beatings again with a tactical thought.

What is your favorite weapon to use in the ring?
The flying knee. I've seen that with Remy Bonjasky in the past and of course I've already scored some knockdowns with it. It's a horrible weapon. If you hit someone with a knee it is often either a cut or they go down. 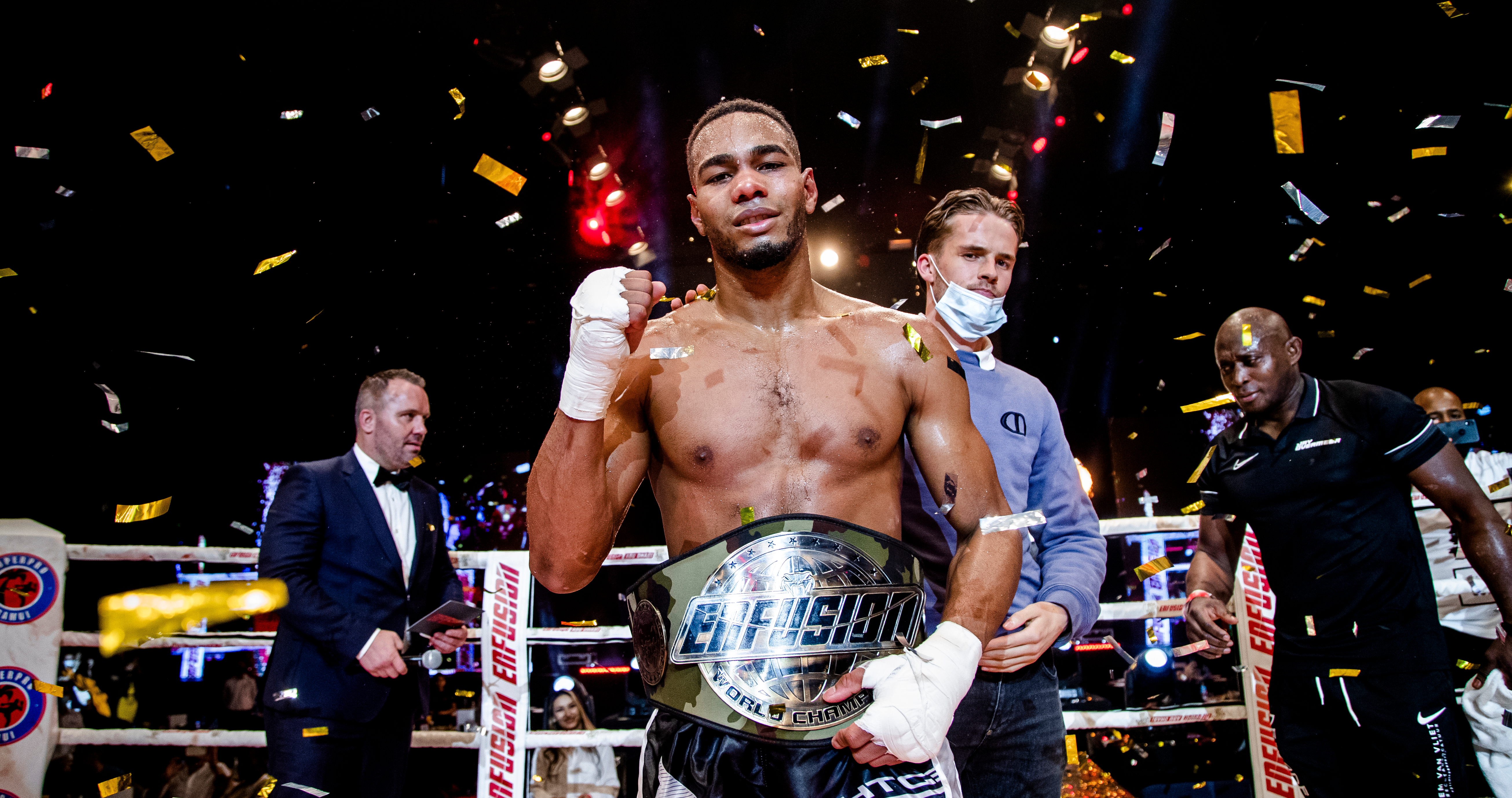 You are headlining GLORY Rivals 1 and just signed a contract with GLORY, what went through your mind when that happened?
That is of course a beautiful moment. It made me happy. I thought 'new fighters, new opponents, new opportunities and of course a new title to win.'

What's the difference between you and the other Welterweights?
I think my style. No one has really had an answer to my style for now. I lost one match at Enfusion, but I didn't feel like that guy knew what to do with my style. I think my style is going to make it very difficult for everyone at GLORY.

What's the most memorable fight you've ever had?
The tournament in Abu Dhabi. The fact that I was already able to qualify for that was great, because it was a big tournament with big names. I had won that qualifying match and then I was allowed to participate. The boys who took part had been around for much longer and had already been through everything, so I was happy that I could participate. You just give it your all and if you also win the tournament, there is no better feeling.

You beat a legend in Superbon. What was it like to face him?
It was in the tournament final, so you're dealing with injuries. At first you ask yourself what you are going to do and what you are getting into, but in the ring I always change my mind. Then the game starts and that's what I like, so I kind of forget about those things. I just started doing my thing against him and that's how I managed to win that match.

What are your hobbies besides kickboxing?
I used to play football, so I still like that. When the weather is nice, I still play football with friends from the past. And I can play quite a bit on the PlayStation as well.

During GLORY Rivals 1 on May 21, you will face Harut Grigorian. What do you think of this matchup?
I think it's a nice matchup. He's a nice guy to watch, he always wants to pound and that's perfect for me in this situation. I'm going to pound with him, but also be tactical for it. My hands will go up, no matter how.

You are the main event of the first GLORY Rivals event. What do you think of the GLORY Rivals initiative?
Yes, I think it's very good. We talked about the K-1 before, it would be nice if you could somehow set up those tournaments again and that's only possible with collaborations. Everyone is signed everywhere, so you should only fight if the organization allows it. I think we're going to go back to great tournaments, like in K-1. 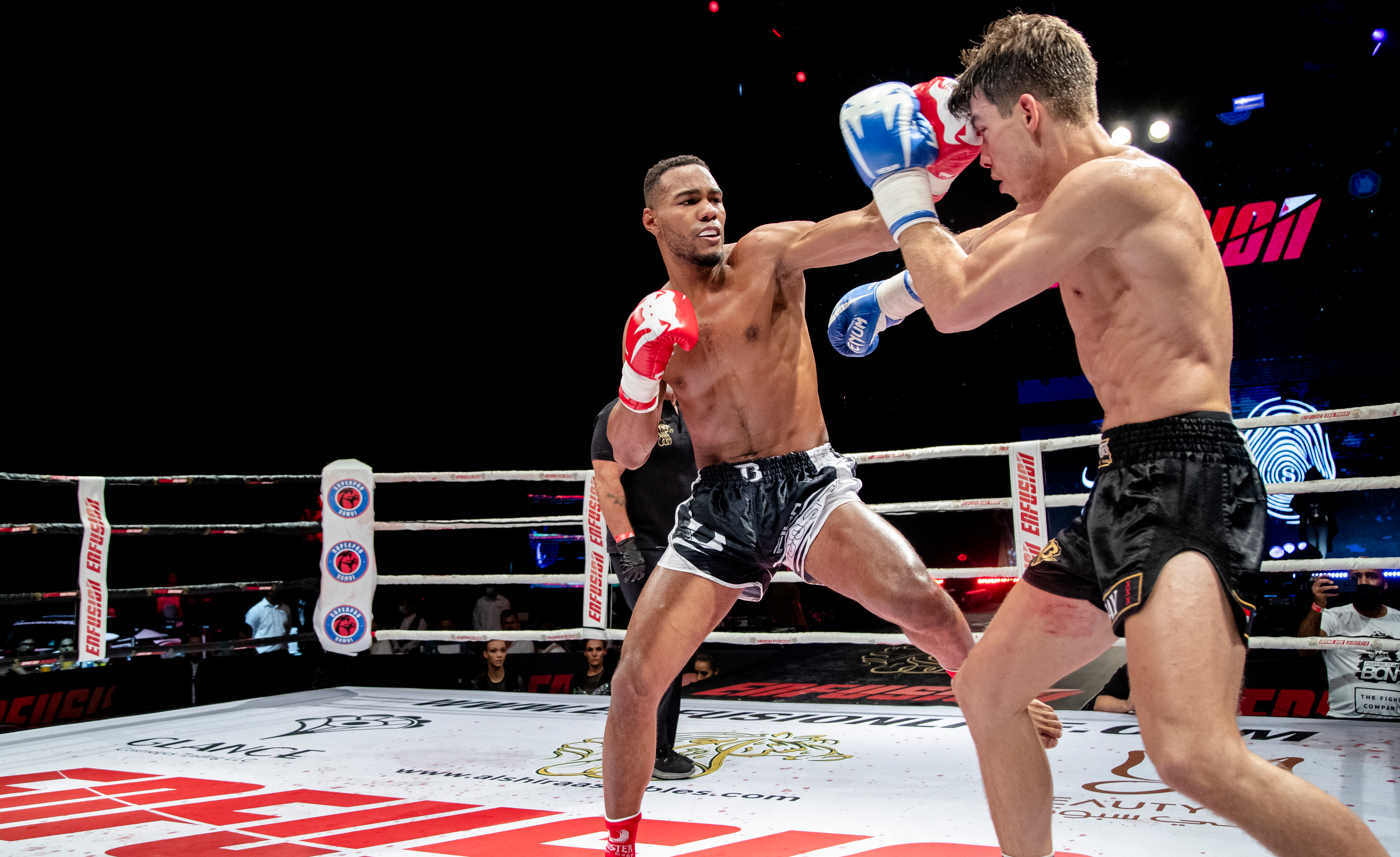 GLORY Rivals opens doors to opponents from around the world. Do you see yourself as the best Welterweight in the world right now?
I don’t think something like 'that boy can take the title from me' to say it like that, so I do think I am the number one. That is also based on the things that happen. Superbon is of course fighting at a lower weight now, but he is just beating up everyone at 70 kilos.

The GLORY Welterweight division features strong kickboxers such as, Menshikov, Bates, Nabiyev and Jones. Are there battles you're looking forward to in GLORY?
Yes, I do want all those guys you mention. Those are nice names. I want the title and nothing less, so I want to beat all those guys. I wouldn't want the title without fighting those guys, that's not how I want it.

The Welterweight title is currently vacant. Do you think you have a chance to fight for this title after a win?
Chances are for sure, but I'm not one to shout or ask about that right away. Of course, I never turn down a fight, so if I had that chance I would be there. I want that title and I'm definitely going to take it. I'm not going to yell about it, everything happens for a reason, and it has to go one step at a time. I think I'll be with GLORY for a while, so I've got time. And what I just said: I want to meet all those other guys too.

Another great talent in the Welterweight division is Hamicha. How do you look at him?
I often hear my name mentioned when it comes to him and when something is posted about him it is sent to me. I think, especially in his last matches, he doesn't get really ranked opponents. Of course, I like to see how he beats them, but on the other hand I think 'that’s not really difficult if you fight against unranked opponents.' I'm curious to see how he does against the top three for example. I don't turn down a fight myself, so I would definitely want to fight him too.

What do you want to be remembered for when your kickboxing career is over?
I think the style. It sounds crazy, but there is hardly anyone who is as agile as I am. That's actually a shame, because there are many advantages to agile fighting. I think it is also easy on the 77 kilo weight and at 70 kilo it is of course even easier, but even there it doesn't happen very much. For example, I think Luis Tavares is a very good fighter, who fights at light Heavyweight, and you can see that he also benefits from his agility. When I'm done, I want to watch the TV and think 'that boy moves in and out very well, he has good timing, he does it the way I want to see it.'

What would you like to say to the GLORY fans?
I'm at GLORY now, so bad news for everyone at GLORY! Watch me, because I'm going to grab that title.