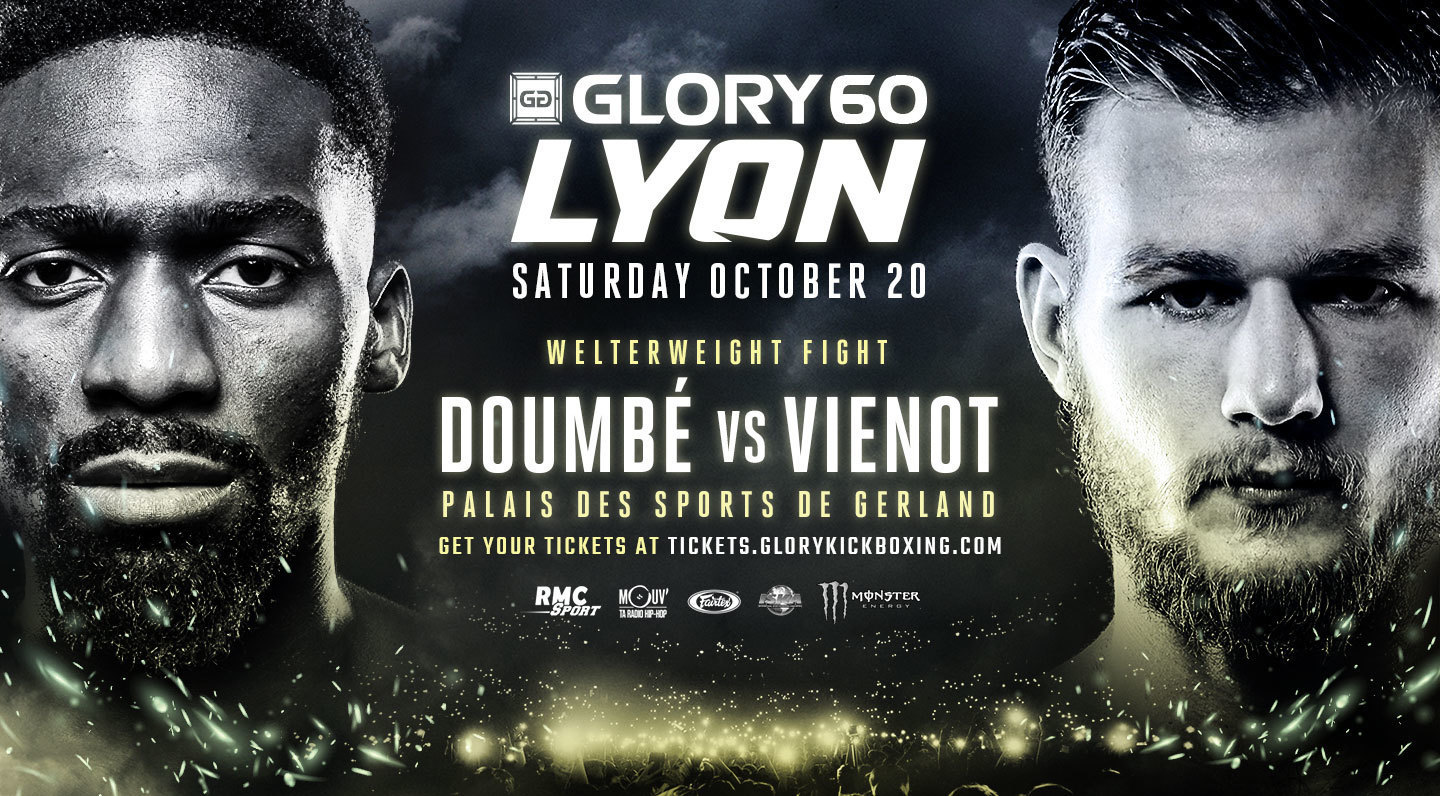 AMSTERDAM – GLORY Welterweight champion Harut Grigorian is unable to compete at GLORY 60 Lyon due to acute gastroenteritis that has forced him from the fight card on Saturday, Oct. 20.

Grigorian's team offered the following statement: "On behalf of the Team Grigorian, we sincerely apologize to all kickboxing fans, GLORY and Cédric Doumbé for the inconvenience. Harut will continue working hard to recover as soon as possible and is already looking forward to defending his world title in the very near future."

Vienot was scheduled to fight earlier in the evening, but has seized a short notice opportunity to Headline opposite the former champion and current No. 1 Welterweight contender.

The Super Bantamweight bout between Swedish striker Sofia Olofsson (48-8, 24 KO, fighting out of Sweden) and French newcomer Cindy “The Cyborg” Silvestre (26-15-1, fighting out of France) has also been moved up from GLORY 60 SuperFight Series to GLORY 60 Lyon, completing a five-fight card.

The five-fight card for GLORY 60 Lyon can be found below:

The five-fight card for GLORY 60 SuperFight Series can be found below:

Finally, Thailand's Thong Fairtex will take on France's Victor Bordage at Featherweight in the featured bout of the GLORY 60 prelims.

The five-fight GLORY 60 preliminary card can be found below:

The GLORY 60 prelims will stream live on the GLORY YouTube channel, as well as the GLORY Facebook page, and Pluto TV channel 215 at 11:30 a.m. ET / 8:30 a.m. PT on Saturday, Oct. 20.
Tickets for GLORY 60 Lyon – including access to GLORY 60 SuperFight Series and the GLORY 60 prelims – are on sale now and available for online purchase by visiting tickets.GLORYkickboxing.com or francebillet.com (for fans in France).