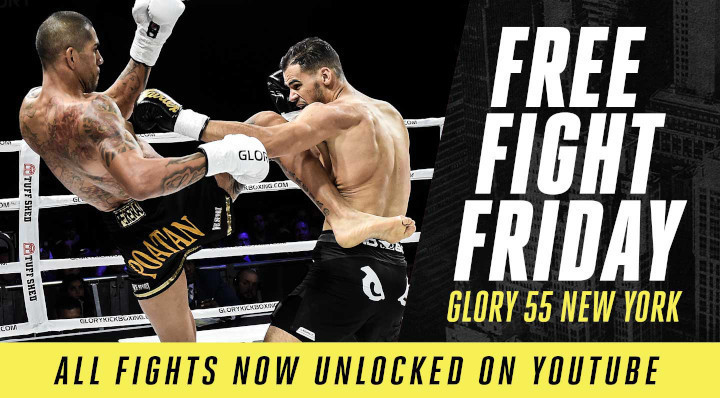 It's the best Friday of the month, GLORY fans! Free Fight Friday is back. This time, we've brought you five awesome fights from GLORY 55 NEW YORK.

Kicking off the numbered series, undefeated Lightweight Elvis Gashi looked to continue his spectacular run in the GLORY ring against newcomer Nick Chasteen:

Up next, Victor Pinto battled Nate Richardson in a key lighweight matchup:

And capping off the event, Alex Pereira delivered one of the best knockouts in GLORY history as he defended his Middleweight title for the second time against Yousri Belgaroui: