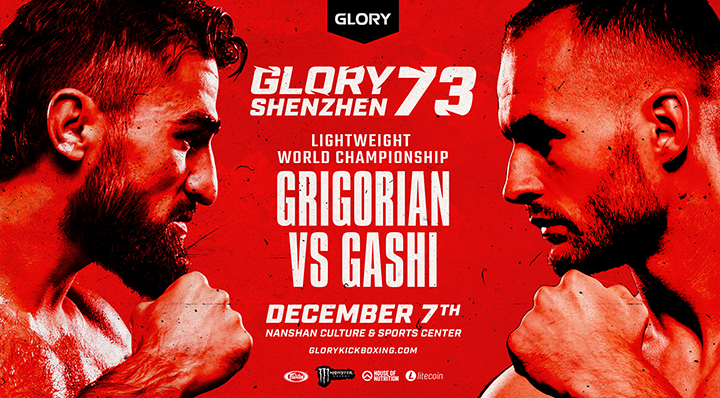 This weekend’s GLORY 73 SHENZHEN card is now finalized, with several adjustments made in recent days.

The Main Card remains unchanged, with Lightweight champion Marat Grigorian (pictured) defending his title against the undefeated Elvis Gashi in the Headline bout.

Andrei Herasimchuk makes his GLORY debut on the SuperFight Series card, where he faces Bruno Chaves of Brazil.

Russian Lightweight prospect Vlad Tuinov and his Brazilian counterpart Bruno Gazani move up from the Preliminary Card to take a slot on the SuperFight Series.

Julio Lobo is out of his Featherweight bout with Thong Fairtex and has been replaced by Chinese newcomer Chuanlin Zhao, with this bout also moving up from the Preliminary Card.

The Preliminary Card now consists of two bouts. A Featherweight encounter between Chinese rivals Yunlong Dou and Jianhong Yu takes the top slot, while the show opens with the GLORY debut of US prospect Selina Flores as she faces undefeated Chinese adversary Meng Zhang.