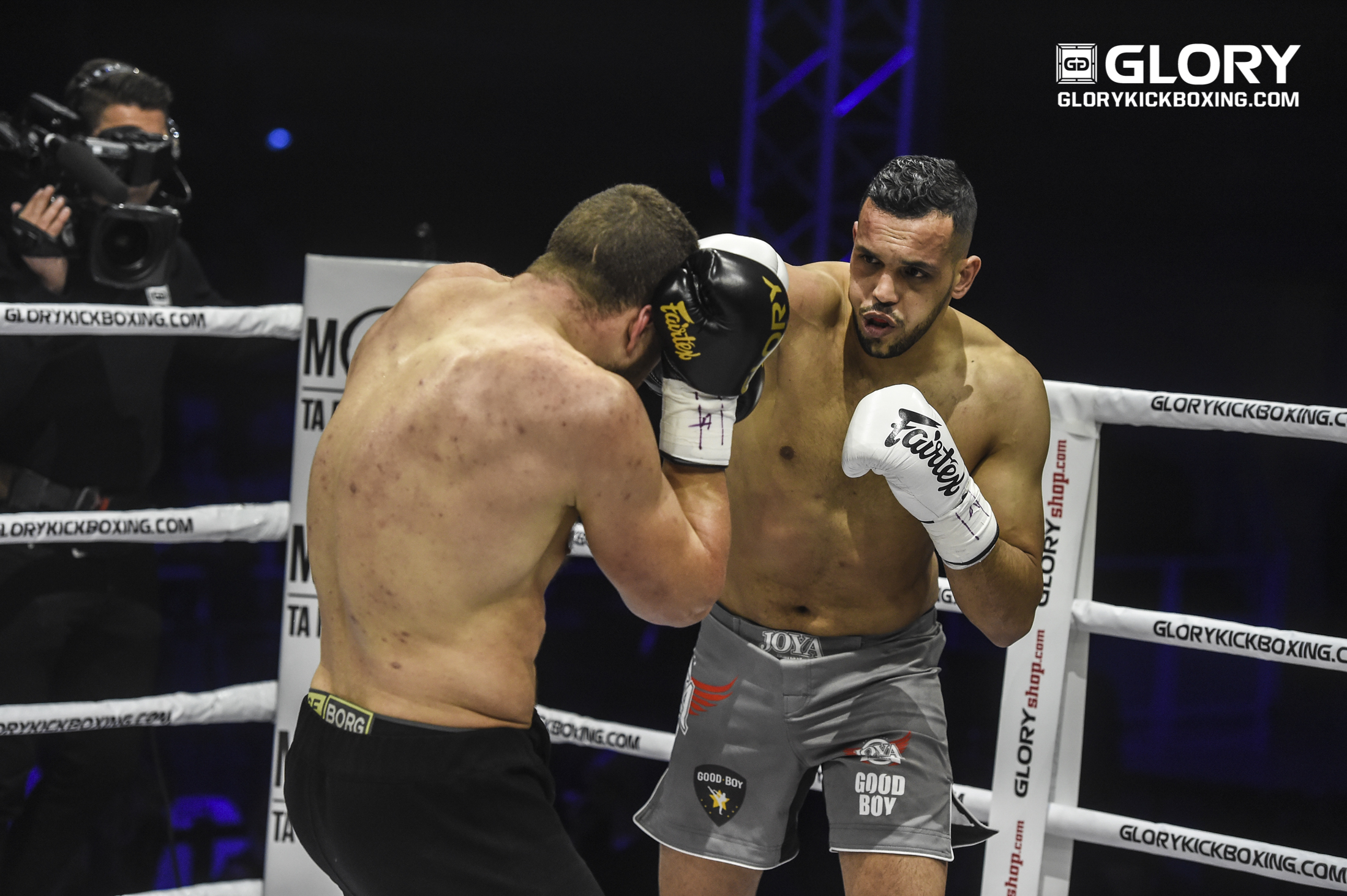 French light Heavyweight Zinedine Hameur-Lain (61-16, 38 KO’s) returned to the GLORY ring on the GLORY 64 SuperFight Series to face off with Latvia’s Artur Gorlov (23-8, 10 KO’s). Hameur-Lain suffered a back injury in his previous GLORY appearance, which would prove to be a factor again.

Both fighters opened with low kicks, but Gorlov was aggressive with his punches. He scored with left hooks, backing Hameur-Lain to the ropes. Hameur-Lain aimed to counter, firing an onslaught of punches of his own to get some space.

Gorlov landed a spinning backfist that saw Hameur-Lain’s legs buckle, but he stayed upright. Gorlov turned his attention to the lead leg of the Frenchman, scoring with a series of low kicks.

Gorlov pushed Hameur-Lain into the ropes and bent him over the top as the referee called for a break. Hameur-Lain groaned in agony and laid on the canvas. He spit out as his mouthpiece as the doctor was called in to examine him. After a few minutes, Hameur-Lain worked his way back to his feet, but the fight was waved off.

The strange sequence was ruled intentional by the judges, who awarded Hameur-Lain the victory by disqualification.