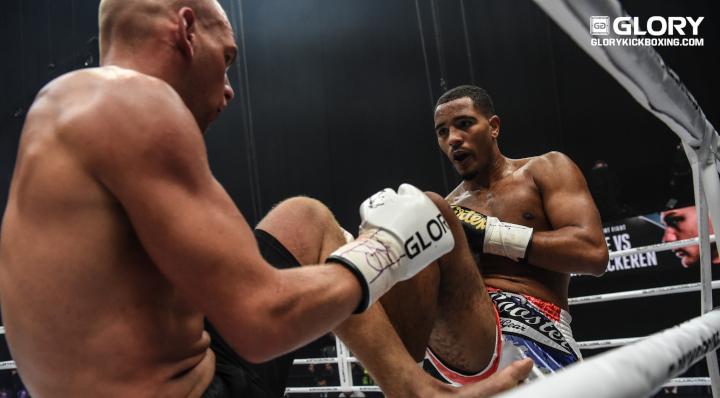 Two changes have been confirmed for the GLORY 64 STRASBOURG card this week, both prompted by injuries sustained during training.
German Heavyweight Mohamed Abdallah (18-3, 5 KO’s) has been forced to withdraw from his Main Card bout with Daniel Skvor (25-9-2, 18 KO’s).
His place will now be taken by D’Angelo ‘Big Daddy’ Marshall (18-4, 10 KO’s), currently ranked at #6 and looking to rebound from a loss to Jamal Ben Saddik at GLORY 59 AMSTERDAM in September last year.
On the SuperFight Series card, French Middleweight Yassine Ahaggan (33-7, 22 KO’s) has had to withdraw from his match with Matej Penaz (21-2, 10 KO’s) of the Czeck Republic.
His place has been taken by Donovan Wisse (11-1, 7 KO’s), who is 1-1 in his last two outings and sits at #6 in the Middleweight rankings.
GLORY 63 STRASBOURG takes place Saturday, March 9 at the Rhenus Sport Arena in Strasbourg, France.
Welterweight champion Harut Grigorian Headlines in a clash with former champion Cedric Doumbé while the co-main event has women’s super-bantamweight champion Anissa Meksen defending her title on home soil against Tiffany van Soest.
The event airs live worldwide on UFC Fight Pass.