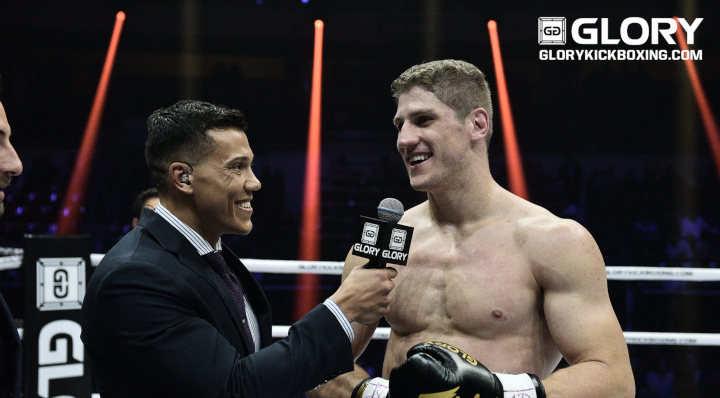 A quartet of heavy hitters round out the GLORY 66 PARIS SuperFight Series card.

Mozny, ‘The Slovakian Giant’, carries a 2-2 GLORY record into the fight and is coming off a split-decision loss to Jahfarr Wilnis at GLORY 62.

Mahieddine is making his first GLORY appearance since GLORY 35, where he lost a decision to fellow French Heavyweight Nicolas Wamba.

Since then Mahieddine has competed internationally and most recently was the finalist in an eight-man tournament in the Netherlands.

Michelleti debuted at GLORY 60 with a win over Zinedine Hameur-Lain, thereby immediately entering himself into the light-Heavyweight contender conversation.

Gorlov’s last fight was also against Hameur-Lain, but Gorlov found himself coming out of it with a DQ loss after a clinch on the ropes aggravated a back injury Hameur-Lain carried into the fight and rendered him unable to continue.