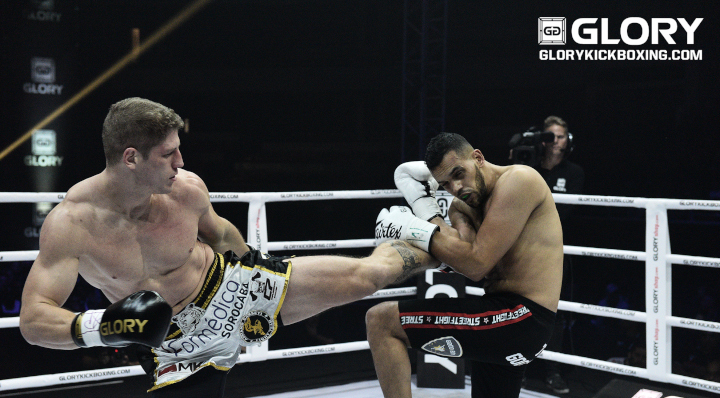 Micheletti scored with a push kick to the midsection of Hameur-Lain to open the contest. The Brazilian then delivered a right hand that Hameur-Lain wore well.

Micheletti applied pressure, but Hameur-Lain was able to split the guard with a right hand. The pace of Hameur-Lain was tempered and he slipped on a kick attempt along the ropes, before taking time to get back to his feet.

Micheletti backed Hameur-Lain into the corner late in the round, unleashing multiple left hands that appeared to hurt the Frenchman.

Between rounds, Hameur-Lain complained of an injury and the fight was halted, much to the dismay of the French crowd.

Hameur-Lain was in obvious pain, holding his right hip area. The loss snapped Hameur-Lain’s winning streak and catapults Micheletti into the contention in the light Heavyweight division.