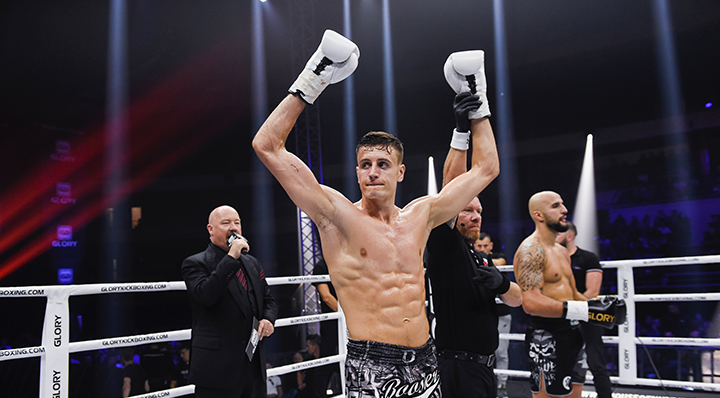 The height and reach advantage of Peňáz was visibly noticeable as the fight began. He fired punches to keep Ahaggan on the outside.

A low kick from Peňáz connected with groin of the French fighter, but he was able to continue. Ahaggan rushed forward to close the distance and fired power punches. The lanky Peňáz looked for a step-in knee against his shorter opponent.

Peňáz mixed up his attack, peppering the lead leg of Ahaggan with low kicks. The round closed with a push kick from Peňáz that found the chin of Ahaggan.

Ahaggan marched forward but was caught with a combination from Peňáz to open round two. Ahaggan landed awkwardly along the ropes and the referee gave him a count due to the apparent knee injury.

The fight continued, but only for a moment. A straight right from Peňáz caught Ahaggan clean in the corner and the French fighter waved off the bout in obvious pain.

“I feel good. My nose is broken, but I feel good,” said Peňáz with a smile. “[Next time] I want someone higher in the rankings.”