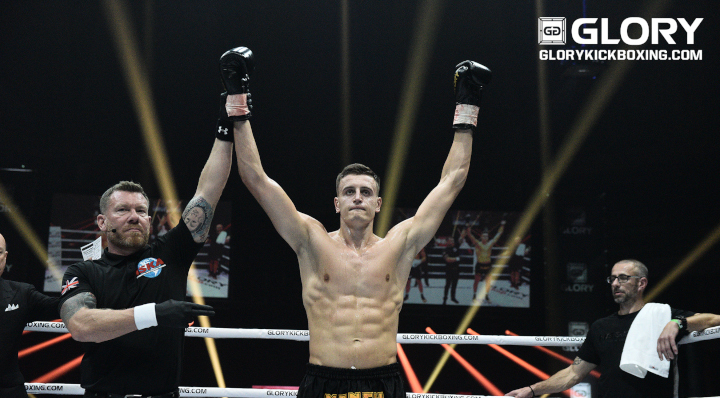 Middleweights were in the ring at the GLORY 60 SuperFight Series in Lyon as Czech fighter Matěj Peňáz (21-2, 10 KO’s) locked horns with Frenchman Mehdi Bouanane (22-10, 12 KO’s).

The southpaw Peňáz scored with punching combinations from the opening bell. The shots kept Bouanane at range, allowing the lanky Czech to attack with step-in knees. Bouanane tried to march through the shots, but Peňáz dropped him with a straight right hand.

Bouanane recovered, but only for a moment as Peňáz pinned him against the ropes and dropped him again with a knee. The Frenchman would recover again, but Peňáz sensed the finish, throwing wildly. Bouanane covered up and survived the onslaught and the round.

The pair traded leg kicks to start the second frame. Bouanane lost his mouthpiece, causing a brief pause in the action.

Peňáz backed Bouanane against the ropes once more, scoring with a massive knee. Blood poured from Bouanane’s nose, but he continued to fight. Peňáz attacked with more punches, but Bouanane kept coming forward.

Following the second round, the doctor stepped in and halted the contest, handing Peňáz the TKO win in his promotional debut.