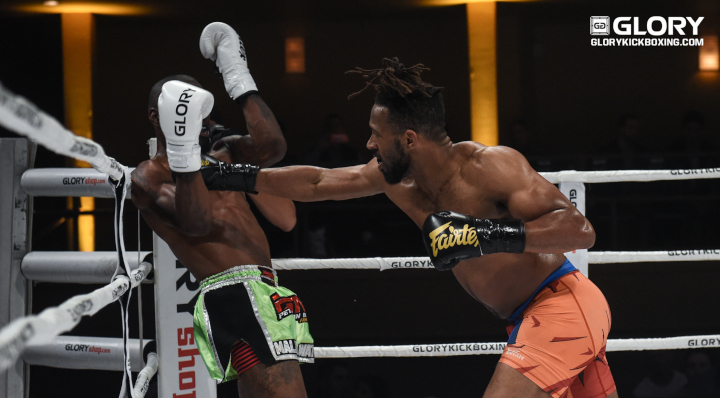 The pair traded low kicks to start the bout. Watson-Smith quickly engaged the clinch and fired short knees. A crisp left hook found the jaw of Rodriguez as he came forward, but he walked right through it.

Rodriguez was aggressive with his low kicks, keeping Watson-Smith on the outside. Rodriguez took his turn at initiating the clinch and scored with knees of his own. The low kicks of Rodriguez continued to land as the round came to a close.

Watson-Smith came out with punches in the second round. Rodriguez clinched and Watson-Smith was poked in the eye by the glove. After a brief pause, the fight continued.

Rodriguez pushed the fight to the ropes and was warned by the referee. The onslaught of low kicks from Rodriguez was relentless, slowing the movement of Watson-Smith.

A right hand and a series of knees from Rodriguez found their mark. Watson-Smith took deep breaths as the round expired.

Between rounds, the doctor was called upon to examine the right eye of Watson-Smith. After determining that he was unable to see, the fight was halted, despite the protests of Watson-Smith and Rodriguez.

The stoppage was determined to be the result of an accidental headbutt. Since the contest had gone two full rounds, the judges were called upon and Rodriguez was victorious by technical decision.