We sat down with the newly crowned Lightweight Champion of the World Tyjani Beztati. He won the title during GLORY 78 September 2021. We spoke about GLORY, upcoming fights and his future plans now that he's the champ.

In retrospect, how would you describe 2021?

It was a tough year, but ultimately a good year. The hard part was that my mother had breast cancer. She has fought the disease with all her heart and strength. It was a tough year for our entire family. But it was also a great year in the end because I won the GLORY world title. My mother had her last chemotherapy session during that week, so it was a fantastic week.

What went through your mind when you found out you would fight for the title at GLORY 78?

I was so happy. I have been fighting with GLORY since 2016, I was eighteen when I signed my first contract. From that moment on, I have worked so hard to get a chance at a world title fight. You have to deserve an opportunity like this, it takes demolishing everyone in your weight class. Before that, I had the chance to fight for the title twice. These two fights gave me a lot of experience for my last title fight.

You faced a fighter who had only lost to Marat Grigorian. What did you think about Elvis Gashi as an opponent?

When you see that someone has only one loss, you start thinking 'oh, he can do something'. But I had already seen him fight and I knew that my style would be extremely difficult for him. I didn't really look at the fact that he lost to Marat Grigorian. I didn’t assume that he would fight me the same way. I think everyone fights each other differently. My style is very different from any other fighter, that's just what it is. I knew what he could do, what his strengths and weaknesses were, and I was prepared for it. 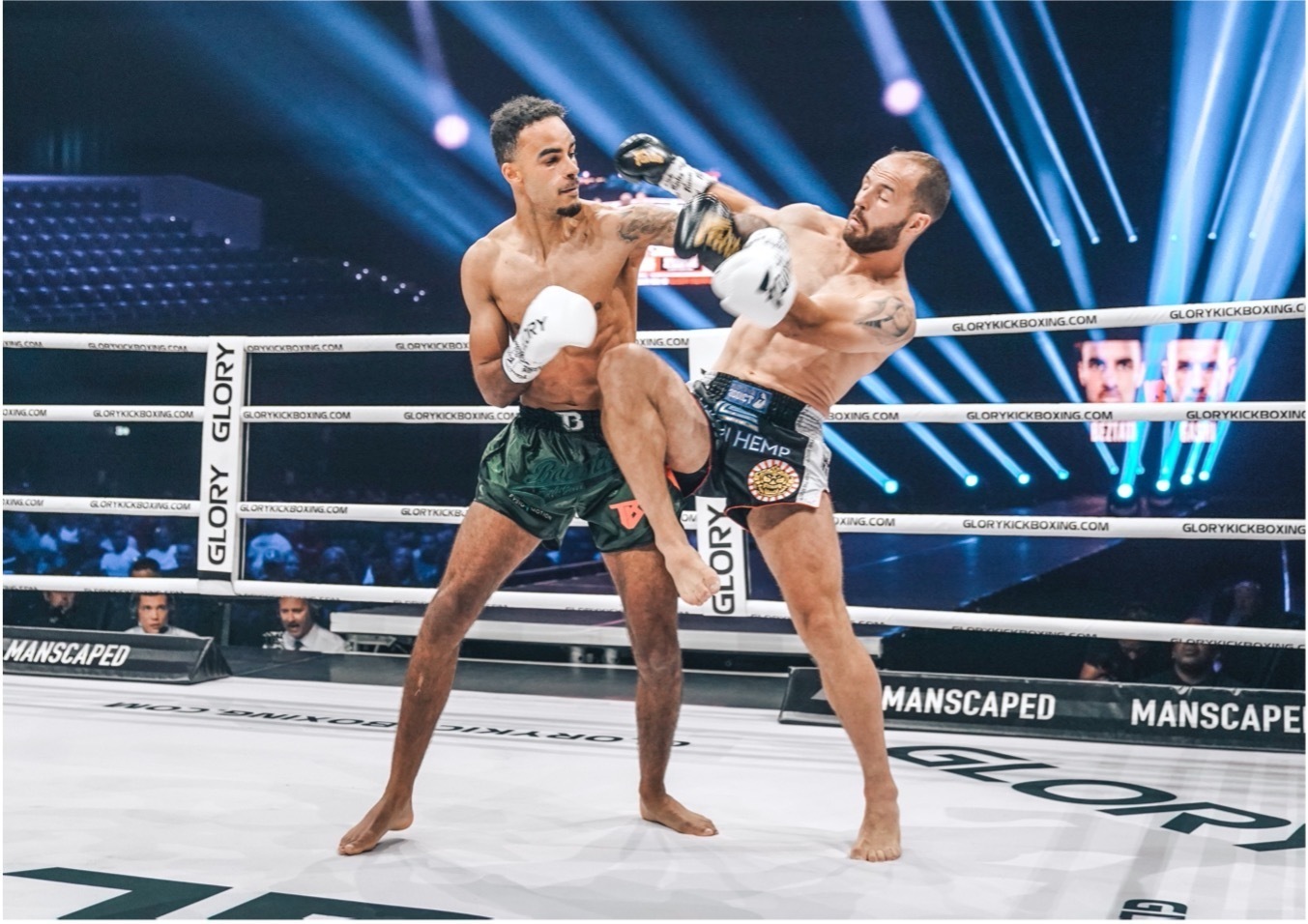 In the first round, Elvis Gashi may have surprised you a little. Can you tell us how the evening went for you?

From my preparations to the weigh-ins, everything was and felt right. Of course, I hadn't fought for a year and a half, so it took some adjustments once on the ring. We started the fight and in the first round, I lost my balance. I kicked; he came over with a punch. On camera, it looks like he hit me, but it wasn't such a hard punch that it made me dizzy or gave me an 8 count. If you look at the fight, you see that I also hold myself with my hands on the canvas, so I don't even touch the ground. But suddenly, the referee started counting. I could say whatever I wanted, but the damage was already done. I got an incorrect 8 count, which could have driven me crazy and could have had an impact on my performance in the later rounds. But instead, I decided to turn the switch on and immediately pick up the pace. The same is true in life: if you fall, you must get up again. Whatever happens, right or wrong, get up and move on. That's what you see in that fight.

What's the first thing that went through your mind when you won the title?

The first thing that went through my mind was that all the hard work accomplished up until now had finally been rewarded. I immediately thought that I also did it for my mother. If you can do this for your mother, who had to fight such a big battle for her life, that is the most beautiful thing. The second thing that went through my mind was that although I am the champion now, there are other people watching who will want to challenge me and take the title away from me.

What was your mother's reaction when you showed her the belt?

She was super happy! At the beginning of her chemotherapy treatment, she said to me: “whatever happens, do it for me too.” I liked that she said that. Of course, I could have been completely down but this gave me the motivation and strength to do it for her too.

People are often surprised when they hear your age, because you have been a GLORY fighter for several years now. What is the biggest difference between your early days at GLORY and where you are now?

My first three GLORY fights were an opportunity to build myself up. From my fourth fight onwards, I've only had killers as opponents. I've fought a lot of guys in GLORY who were ranked way higher than me. In the end, I really fought my way to the top, literally. I'm super happy and satisfied with the path I'm on, that eventually led me to the World Championship. The biggest difference is that there were more regular events back then, I was fighting four or five times a year at the time. That's different now, but I want a lot more activity in the ring this year. I also owe that to my fans, to the GLORY fans and me.

A fighter who has been at the top for some time is your former opponent, Josh Jauncey. What do you think of him?

I see this as a sport and as my job, I don't need to have an opinion about him. I'm not in a relationship or anything with him. If we meet again, he has to make sure he's there and then he'll get it again, that's how I see it. He is a boy with a very big mouth, but he doesn't live up to what he says. I personally think he has a delusion of grandeur. Why? Because he has quite a big mouth but has shown little to the guys he really has had to show it to. I'd really like to see myself fight against Josh Jauncey one more time, for the belt. So that it's done once and for all. That he keeps his big mouth shut. 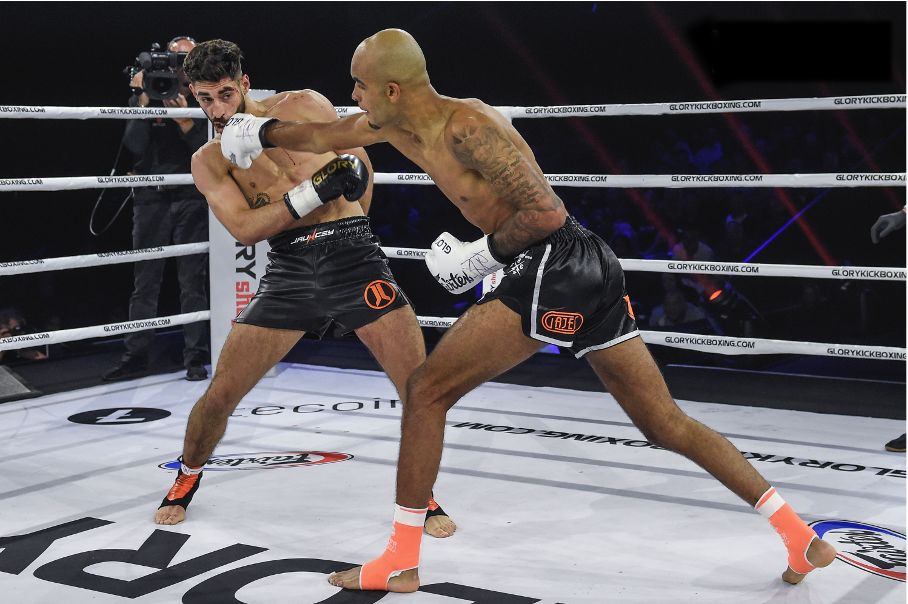 A fighter with a large following, but who hasn't fought in a while, is Mohammed Jaraya. Do you envision another fight with him in the future?

I trained with Mo for a long time in Utrecht, I know him quite well. Now he is in my weight class. I think he will have to fight against other guys before he can fight for the world title, it's just that simple. I also had to fight hard for this and the guys who are lower than number one also have to fight for their place. Don't think that it will just happen or that they can qualify for a title fight within one or two fights, that's not how it works.

The GLORY Welterweight title is currently vacant. Would you like to compete for the belt in this weight class as well?

People often ask me this question. I have never even reached 77 kilos. If my body allows it and I can adjust my training and nutrition for it, who knows. I am open to everything and as you know, I fight against anyone. If this happens, I will prepare myself for it.

I have a few countries in mind. I would like to fight in Morocco one day, because I think the biggest fanbase in kickboxing are the Moroccans. They support us from anywhere: Spain, Italy, France, Belgium, Morocco, you name it. It is also my home country. I'd also like to fight in Las Vegas, at the MGM Grand or something. I know GLORY can pull that off in the future. I also like Asia, especially Japan, where the golden K-1 times used to be.

You have also made music in the past. Is it still a hobby of yours?

Yes, making music is still a hobby of mine! I have a few songs with some up-and-coming artists. I do that occasionally. When I have time, I go to the studio, I let my heart speak. It's more of an outlet for me and it's also a lot of fun to do.