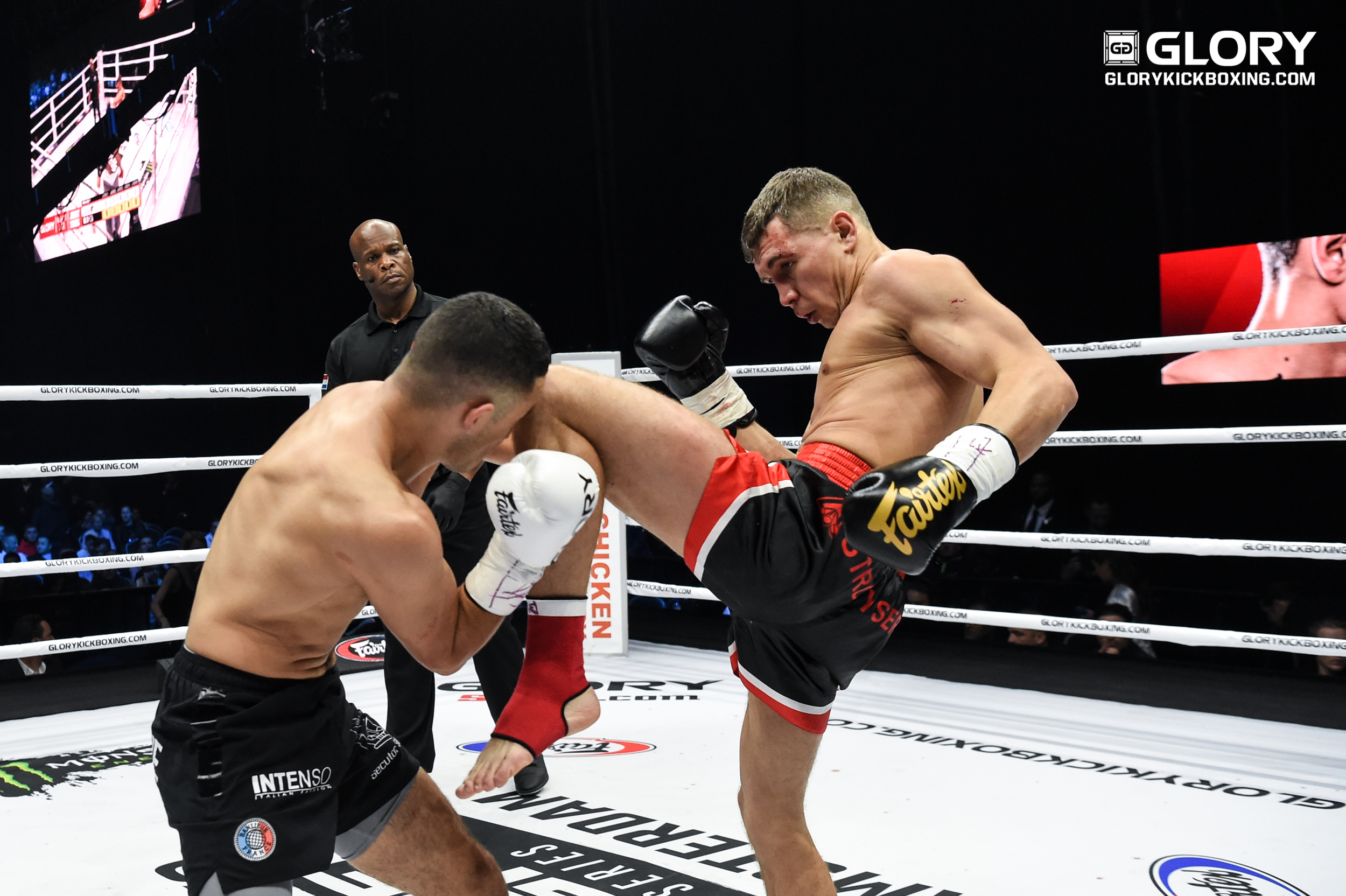 The confident 24-year-old Zouggary went straight to work with his flashy and unorthodox style, delivering a spinning backfist in the fight’s opening seconds.

He continued his aggressive approach, but Ulianov was patient from range. A flying knee attempt from Zouggary was countered with a straight left, sending an off balance Zouggary to the mat. The referee ruled a knockdown, much to the dismay of Zouggary.

Down on the scorecards, Zouggary aggressively pursued Ulianov to open the second stanza. A looping left hook from the Moroccan landed clean of the jaw of Ulianov.

Ulianov remained patient, staying technical with his strikes. A cut on the left eye of Ulianov bled as the round progressed. Zouggary maintained his wild attacks, but Ulianov kept his range and avoided any significant damage.

A clean left hand from Zouggary popped the head of Ulianov early in the third round. He connected with push kicks to the body of Ulianov. Ulianov countered with punches and knees.

Another spinning backfist attempt from Zouggary missed the mark, allowing Ulianov to deliver a knee. The knees took their toll on the younger fighter, as Zouggary’s pace slowed.

Another big knee from Ulianov landed flush on Zouggary’s jaw, but he managed to stay upright.

The fight went the distance and the knockdown would prove to be a moot point, as Ulianov walked away with the decision victory.