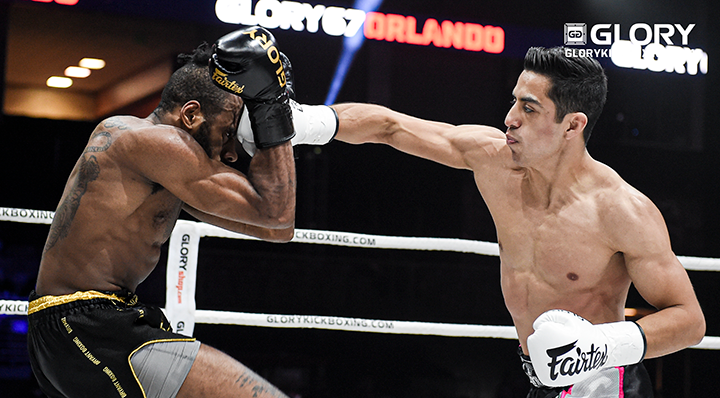 Vidales, who remarkably is a qualified professional dentist in his private life, has gone 3-0 in GLORY since debuting in November with a win at GLORY 61 NEW YORK and now sits at #10 in the contender rankings.

He’s chasing a title shot in 2020 but to do that must maintain his winning run and continue to climb the rankings.

Greskiewicz, who has a WBC Muay Thai title among his career credits, is one of the USA’s more experienced Muay Thai fighters.

He’s struggled to find form in his brace of GLORY appearances to date but brings a wealth of experience to the ring, having been between the ropes with the likes of Malapet Sasiprapa, Kevin Ross, Matt Embree and Liam Harrison across the course of a distinguished career.

Should Pereira be victorious, it will be the first time any fighter has held titles in two GLORY weight classes simultaneously.